Need to talk? Call or TEXT our 24/7 peer-led warm line

The Intersection Between Domestic Violence and Perinatal Mood and Anxiety Disorders 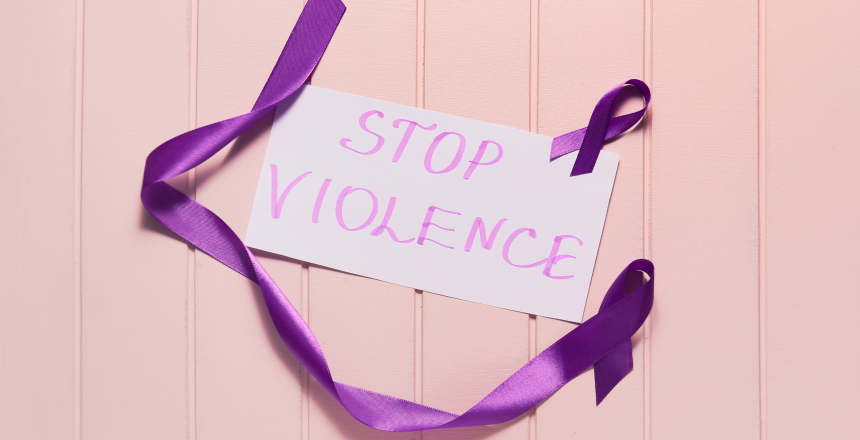 Did you know that October was Domestic Violence Awareness Month? Do you know what domestic violence is? Domestic violence (DV) is “the willful intimidation, physical assault, battery, sexual assault, and/other abusive behavior as part of a systematic pattern of power of control perpetrated by one intimate partner against another” (NCADV, 2020).

According to the National Coalition Against Domestic Violence (2020):

Let’s transition and talk about Perinatal Mood and Anxiety Disorder. What is perinatal and PMADs? Perinatal refers to the time from conception to the baby’s first birthday. PMADs refers to Perinatal Mood and Anxiety Disorders. Within the perinatal period, there are a spectrum of mental health challenges that one may face including Baby Blues, Perinatal Mood and Anxiety Disorders (PMADs), and Psychosis. PMADs consist of Depression, Anxiety, Bipolar Disorder, Obsessive-Compulsive Disorder (OCD), Posttraumatic Stress Disorder (PTSD), & Panic Disorder. PMADs are the #1 complication of pregnancy and postpartum. It affects 1 in 5 perinatal people during pregnancy and postpartum (PSVa, n.d). Just like domestic violence, PMADs can affect every community.  There are biological, social, environmental, and psychological predictors and risk factors that can contribute to a person developing perinatal mood and anxiety disorders (PSVa, 2020). To learn more about PMADs, please view Postpartum Support Virginia’s website here and you can register for our upcoming trainings here.

Now, let’s talk about the intersection between domestic violence and perinatal mood and anxiety disorders (PMADs). Domestic violence can occur during the perinatal period. Domestic violence is identified as a social, environmental, and psychological risk factor that can contribute to a person developing PMADs (PSVa, 2020). According to the World Health Organization (WHO), pregnant women reported that they were physically abused, especifically, kicked or punched in the abdomen; 90% of women reported that they were abused by the biological father of the child and that they were beaten for the first time during pregnancy. Women who experienced sexual or physical abuse from their partner reported more induced abortions (García-Moreno, Jansen, Ellsberg, Heise, & Watts, 2005). Research by Miura & Fujiwara (2017) looked at intimate partner violence during pregnancy and its association with postpartum depression in Japan. They found that women who reported verbal and physical abuse during pregnancy by the intimate partner exhibit symptoms of postpartum depression. Another study by Desmarais, Pritchard, & Lowder (2014) found that women who experienced intimate partner violence (specifically: psychological, physical, and sexual abuse) before and during their pregnancy exhibit symptoms of mood and anxiety disorders in the postpartum period. In conclusion, we need to be aware of the impact of domestic violence on perinatal people to provide appropriate care and referral.

“I am a survivor of DV and PMADs.  As someone who has worked professionally in the field of women’s health for many years, I never thought this would happen to me.  It did.

I fell in love fast and hard with my daughter’s father.  We became pregnant quickly. We decided together to keep the baby.

Things were wonderful, until I was past my first trimester. It was then that the controlling, undermining behavior began.  It was a slow slide — first telling me in loving tones that I would ‘never be able to leave him now,’ and later daring me to try to leave. The behavior escalated as time went on.  Every week there was more fighting, more accusations of not doing enough, daily reminders of how ‘lazy’ I was and what a ‘loser of a wife and mother’ I was. Constant veiled threats about how he would take the baby should I ever leave. Daily reminders that he would never LET me leave.  I was becoming increasingly depressed, anxious, and worried. I made an appointment for an abortion when I was  22 weeks pregnant  — the very last week such a procedure would be accessible.

I didn’t keep the appointment.

From then on, things became worse. He knew I was out of options to terminate the pregnancy. I felt trapped and alone.  Due to increasing anxiety I was not able to make clear-headed decisions for myself.  Every decision was an agonizing process. I became completely paralyzed.

One day on the way home from work, I pulled into the parking lot of an emergency room and was considering admitting myself because I knew I was having suicidal ideation.  I sat in the car  for two hours. I was terrified and sure if I admitted myself, I would lose my baby to my abuser or to CPS.

His manipulation was working.

I suffered in silence until the birth of my baby. It was an idyllic birth at a hospital, unmedicated, with a lovely team.  My ex was an amazing birth partner, and for about six weeks, things felt ok.  Just long enough for me to get through the various appointments that a birthing person has in their first six weeks.

At eight weeks postpartum I had scheduled a newborn photography session for my daughter. A few days before this appointment was our first incident of physical violence.  I clearly remember using layers of makeup to cover my black eye.  To my surprise, the photographer wanted me in the pictures too.  I still cannot look at any photos of me and my daughter from this photoshoot,  as the black eye is a painful reminder.

I was too embarrassed and afraid to ask for help.  The daily insults caused my self esteem to plummet more each passing day.

There was continued physical violence — our pattern followed a typical domestic violence cycle with long periods of walking on eggshells, followed by an explosion, followed by a brief ‘honeymoon’ period.

All roads led to me being responsible for the day-to-day actions of my abuser, as well as being an inferior mother.

I felt so terribly about myself that I made a pledge to commit suicide when my daugther was no longer breast/chest feeding. I thought that everyone would be better without me. I lived with this promise for 15 months, urgently waiting for, and simultaneously dreading, the day she would finally wean. I had a plan and a means to complete the plan.

Life continued in this way until about 18 months postpartum, when I decided to seek out medication to help me feel better. I honestly don’t know what caused me to seek help at this time.  Nothing had changed.

With the help of a therapist and psychiatrist I realized that I was suffering from Perinatal Depression and Anxiety, in addition to PTSD from my relationship. I started taking medication and attending weekly therapy. Within two months I felt much more clear-headed and able to make decisions.

Six months later, I decided to leave.  Having my PMAD treated was critical in allowing me to do the planning required to actually exit the relationship safely.  Sometimes family and friends pressure someone to ‘just leave’ an abusive relationship.  In reality, the leaving must be carefully planned, as violence will often increase or become deadly when a person decides to exit a relationship with an abuser.  It took me many months to fully execute my plan.

These are the actions that helped me get out:

There are many things I wish I would have done differently. In hindsight, filing a report after any of the incidents of violence would have positioned me better in the courts. If I could do one thing differently it would be to report the violence. However, looking at my emotional state at the time, I don’t think I could have summoned the will.

I am thankful for the fact that I was able to have the clarity to leave, and that I found a therapist and psychiatrist who could treat both my PMAD and assist me with the trauma from my relationship. I am also keenly aware that I had an enormous amount of privilege, both in understanding the social services system, and in having access to finding a job with a living wage.  Not everyone has those resources. The domestic violence agencies in each county have many resources and bridge gaps to help individuals find safety.

Thankfully, life is better now.  There is hope.”